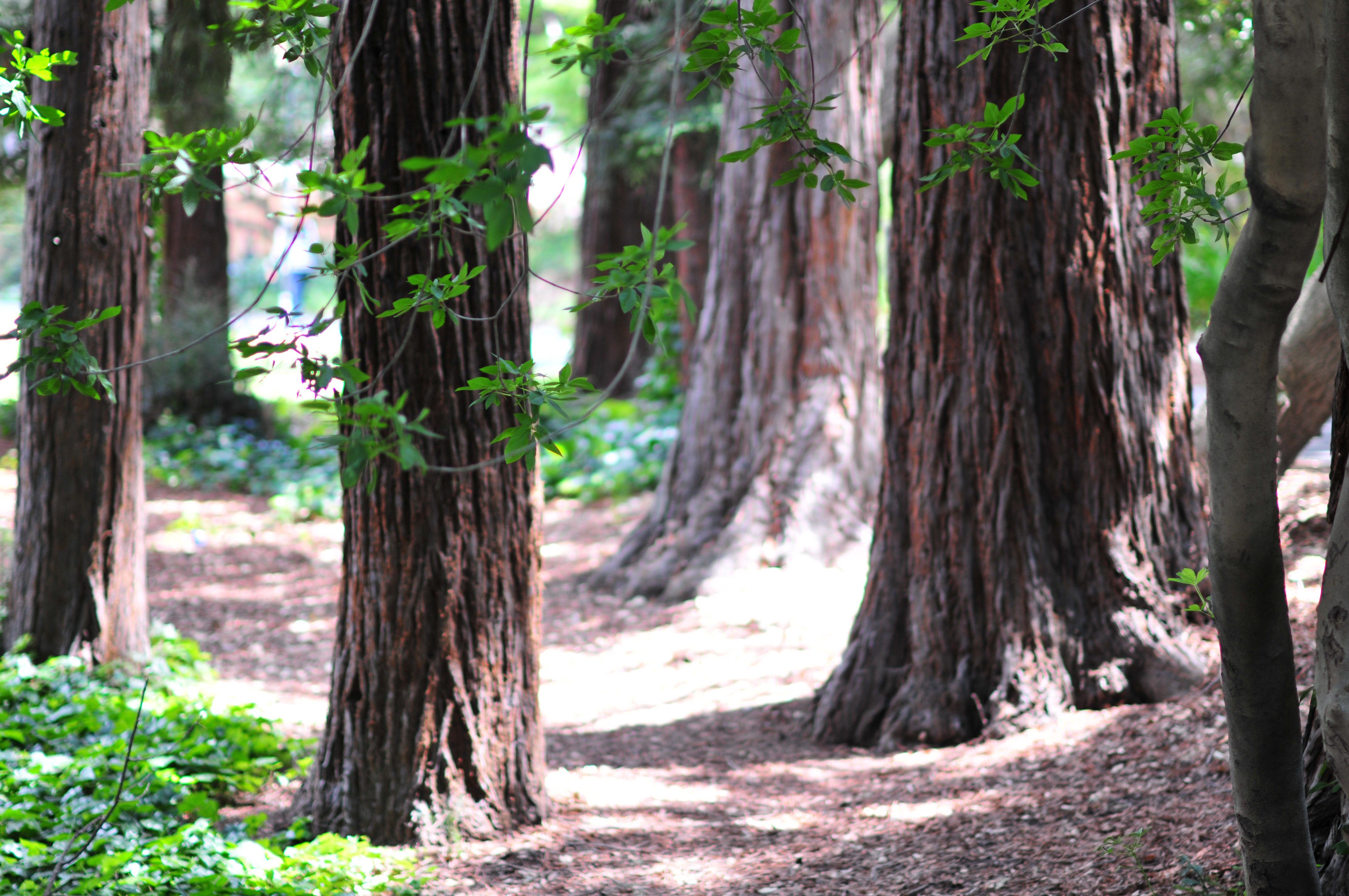 Under the academic leadership of Dean Emeritus and Professor J. Keith Gilless, Wolf Prize Laureate Professor David Zilberman, and George Pardee Chair and Professor of International Sustainable Development Max Auffhammer, our program partners with the great minds of UC Berkeley and industry leaders, who are all passionate about developing environmental leaders. 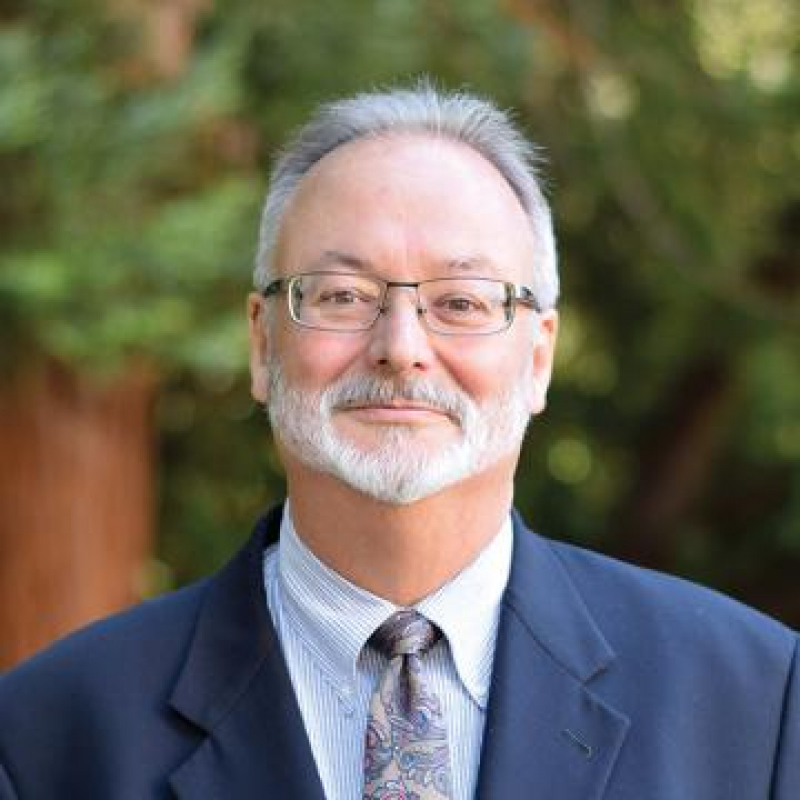 J. Keith Gilless is Dean Emeritus of the College of Natural Resources (CNR) at UC Berkeley, and holds a joint professorial appointment in CNR’s Department of Environmental Science, Policy, and Management and its Department of Agricultural and Resource Economics.

Gilless’s research program has encompassed issues in forest products trade and markets, regional economic analysis of resource-dependent communities, wildland fire protection planning, forestry decision support systems, and international development. He holds an appointment from California Governor Jerry Brown to the chair of the Board of Forestry and Fire Protection, where he leads the development of general forest policy for the state and represents the state’s interest in federal forestland. He is a recipient of Berkeley’s Distinguished Teaching Award, and the co-author of two textbooks on forest resource management and economics. He has previously held visiting professor and researcher appointments at Beijing Forestry University and the International Institute for Applied Systems Analysis. Gilless earned his B.S. in Forestry from Michigan State University and a joint Ph.D. in Forestry and Agricultural Economics from the University of Wisconsin-Madison. 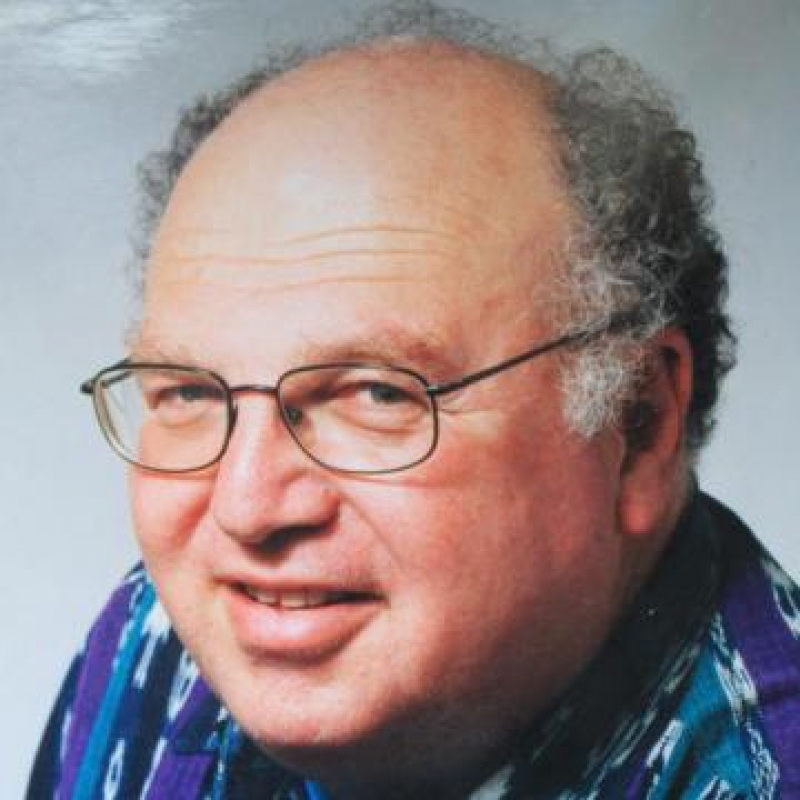 Dr. David Zilberman is a professor and holds the Robinson Chair in the Agricultural and Resource Economics Department at UC Berkeley, where he has been since 1979. He was awarded the Wolf Prize in Agriculture in 2019. In his time at UC Berkeley, he served as Department Chair of Agricultural and Resource Economics from 1994 to 1999, as Director of the Giannini Foundation of Agricultural Economics and the Center for Sustainable Resource Development, respectively; the Faculty Director of the Beahrs Environmental Leadership Program; and as a consultant to the World Bank, the USDA, the Food and Agriculture Organization, the Environmental Protection Agency, Consultative Group on International Agricultural Research, and the California Department of Food and Agriculture.

Professor Zilberman’s areas of expertise include agricultural and environmental policy; biotechnology; bioenergy and climate change; and the economics of innovation, risk, marketing, water, and pest control. He has edited 16 books and coauthored 270 papers in refereed journals ranging from Science to the Quarterly Journal of Economics. During the 1980s, his work served as the basis for several projects on the adoption of modern irrigation technology and computers in California agriculture. These studies demonstrated that farmers adopt new technologies when it makes economic sense and that extreme events, such as droughts or high prices, can trigger changes in farming practices. During the early 1990s, his research on pesticide economics and policy made the case against policies that called to ban pesticides, and advocated instead for smart policies that take advantage of the vast economic benefits that pesticides generate while using incentives to protect against side effects. 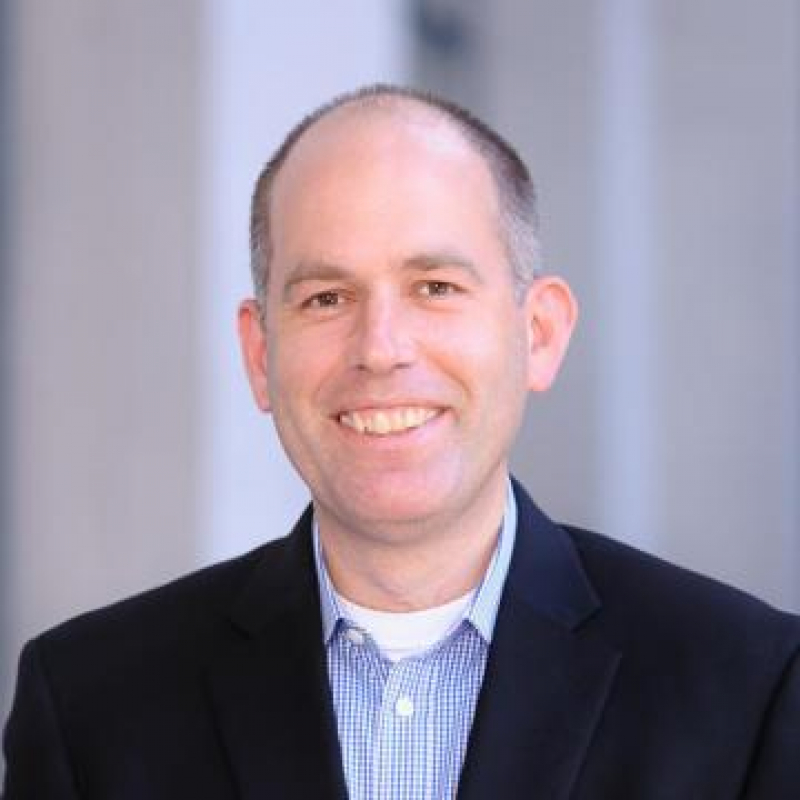 Dr. Max Auffhammer is the George Pardee Jr. Professor of Sustainable Development and Associate Dean in the Division of Social Sciences at UC Berkeley. He is also an Assistant Professor of Agricultural and Resource Economics and International and Area Studies at UC Berkeley and Chair at the Political Economy. He specializes in environmental and resource economics, energy economics and applied econometrics, focusing his research on forecasting greenhouse gas emissions and the agricultural effects of air pollution. Along with his academic contributions, he is a Research Associate at the National Bureau of Economic Research, a Humboldt Fellow and the co-editor of the Journal of the Association of Environmental and Resource Economists.

He has been invited to present his research at conferences and seminars around the world, and he co-chaired the Association of Environmental and Resource Economists (AERE)’s annual conference in 2011. Prof. Auffhammer earned his Ph.D. in economics from UC San Diego. 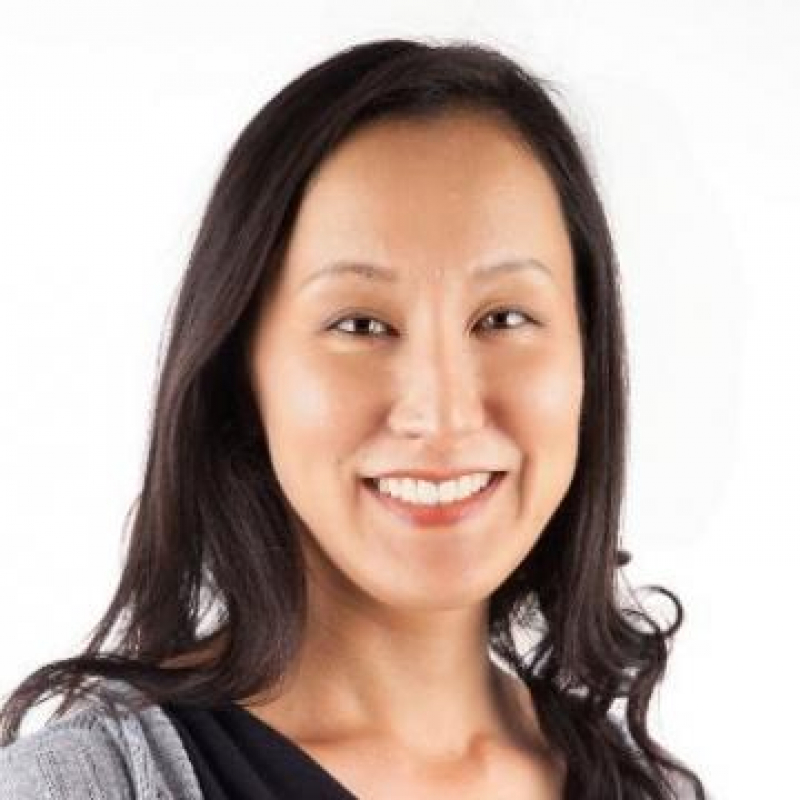 Dr. Mio Katayama Owens is the Assistant Dean of International and Executive Programs in the College of Natural Resources at UC Berkeley. She earned her Ph.D. in the Department of Anthropology as an international student at UC Berkeley, specializing in Anthropology of Food and East Asian Prehistory. With ten years of managing anthropological fieldwork projects in Japan, Owens examined the long-term environmental impacts of food consumption behaviors and the role cultural factors play in societal definitions of food. After earning her Ph.D., Owens oversaw a variety of graduate student initiatives including business model development, revenue stream identification, public health, and impact assessment as an academic coordinator for an international nonprofit. She has taught Anthropology of Food and Archaeology courses at UC Berkeley and St. Mary's College in Moraga, California. At the College of Natural Resources, she leads the International and Executive Programs, collaborating with UC Berkeley faculty, staff, experts, and external stakeholders to effectively link academic and professional entities and develop professional programs in Berkeley and overseas. Together with the Academic Directors, Dean Emeritus and Professor J. Keith Gilless and Professor David Zilberman, Owens leads the internationally acclaimed Beahrs Environmental Leadership Program. 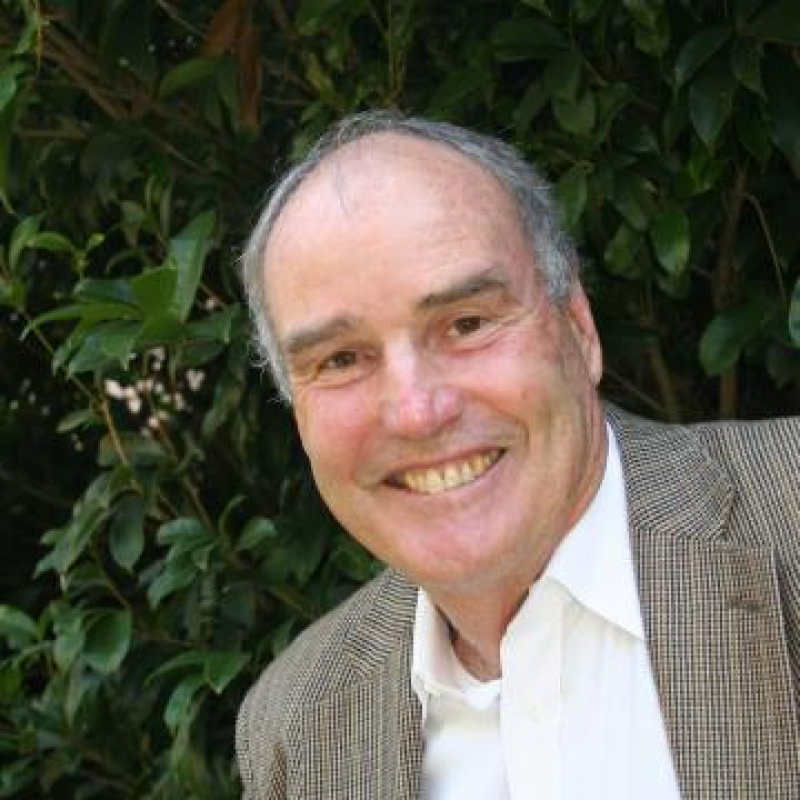 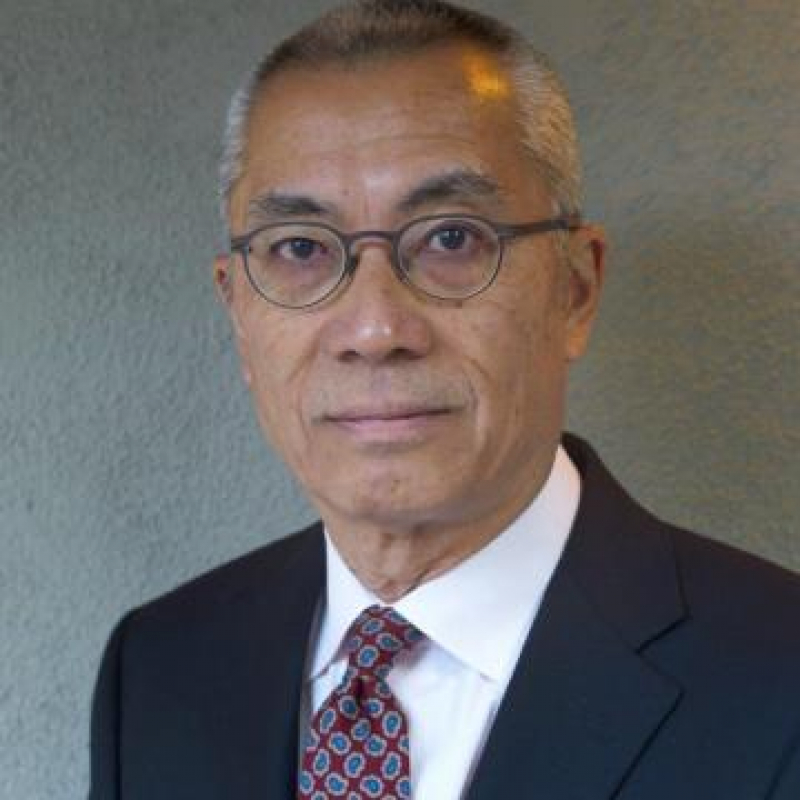 After retiring as an executive from the technology industry in the San Francisco Bay Area in 2007, Mike Cheng joined the Ageno School of Business of Golden Gate University (GGU) in 2015 as an MBA Program Director and Lecture so that he can devote his effort in helping the next generation business and technology professionals advance their business knowledge using a practice-based learning approach in an academic setting. Additionally, he serves as an Advisory Board member of the College of Natural Resources (CNR) at the University of California, Berkeley.

Before his recent appointment as an MBA Director, Mr. Cheng has been teaching management courses as an adjunct professor in both the Management and Executive Masters of Business Administration departments of the Ageno School of Business since 2007. His teaching specialties include business strategy formulation and execution, business ethics, corporate social responsibilities and sustainability, and management theory. Mr. Cheng is a regular guest lecturer in the Beahrs Environmental Leadership (ELP) and the Masters of Development Practice (MDP) Programs offered by CNR of the University of California, Berkeley. 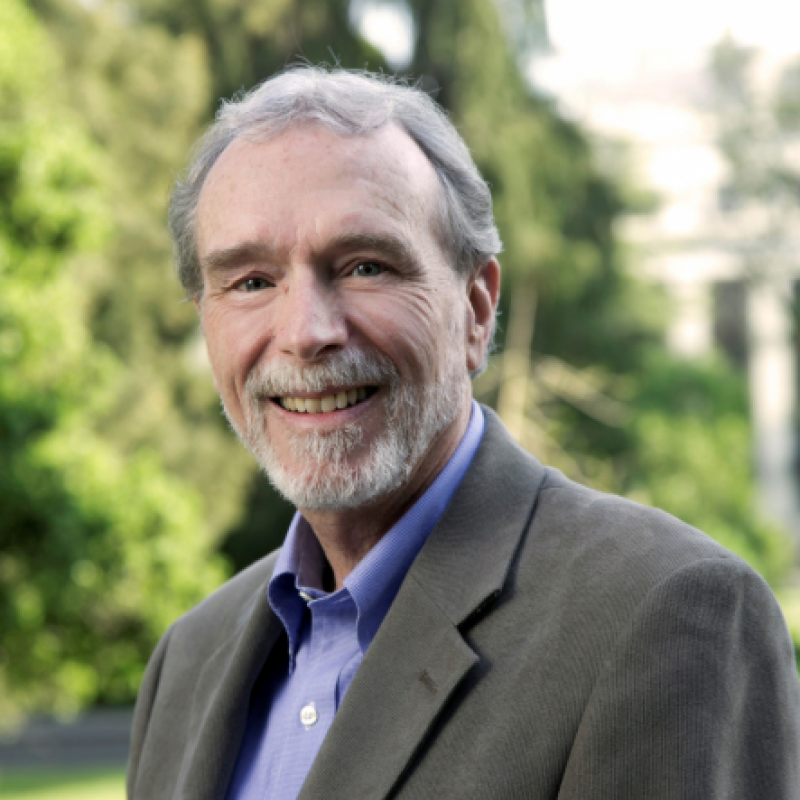 John Pardee ‘69 is a real estate and transactional attorney. He previously served as Counsel for The Trust for Public Land in San Francisco and as Senior County Counsel for San Diego County. He currently serves on the Land Protection Advisory Council for the Pacific Crest Trail Association and is a former member of the California Advisory Board for the Trust for Public Land. He is also a member of the Rausser College of Natural Resources Advisory Board. In 2008, John, his wife Vera, and other members of the Pardee family established the George M. Pardee, Jr. Family Chair in International Sustainable Development at the Rausser College of Natural Resources. John holds a B.A. in Political Science from UC Berkeley and a J.D. from the University of Southern California.

The Beahrs ELP leadership team is committed to upholding the mission of the college and creating a better future.

Our faculty and instructors include ground-breaking thinkers, award-winning speakers, and leading industry experts; learn more about who teaches the Beahrs ELP here.

Your path to change the future starts here. Meet our outstanding alumni and hear stories of how they joined the program and accelerated their careers.